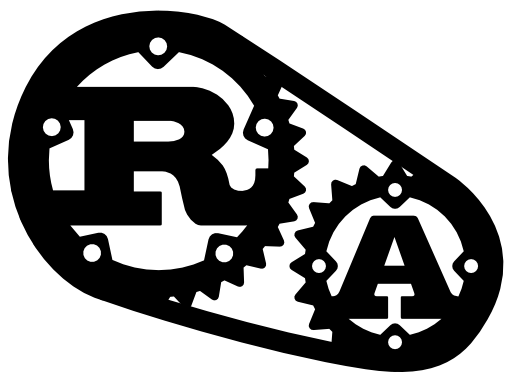 (Assuming a new RA logo is something the community really wants), I think we're starting to get too hung up on ways to modify the Rust logo to get a RA logo. Consider the Cargo logo: a bunch of cardboard boxes on a shipping pallet (arguably those boxes should have been crates?). The Rust logo is barely noticeable in the logo. The Cargo logo stands on its own, suggesting cargo, crates, shipping, manifests — all real things that that Cargo is/does.

I think the RA logo should go down the same path: taking some novel concept that describes what RA does without reference to Rust itself, and then figuring out where we can place the Rust logo in this design.

(All this assuming we want a new logo at all; I'm 50-50 on whether the current RA logo needs sprucing up. The r.a in a square looks pretty nice.)

Here's an idea I just came up with. I like the idea of having a turbofish in the logo — I think at this point it's emblematic of the concept of Rust code. 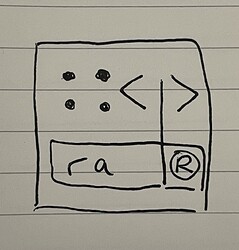 Personally it's not getting hung up, I wouldn't like Rust Analyzer to have a freely designed logo personally, hence the adaption of the original logo. Rust Analyzer would be representative in the VSCode Marketplace for the language itself, so I think it should stick as close as possible to the original logo to make it easily recognizable.

Because within the Marketplace it's not just an additional component to the language, as it basically is, but actually "Rust for VSCode" (although it's not named like that still) itself: https://i.ibb.co/yFfSYMB/2022-11-22-18-13-09-Window.png

This is why I suggested specifying the goals of the redesign explicitly. Without a standard to measure against, however subjective, this sort of exercise will always devolve into a popularity contest. And those rarely end in a consensus. For example, the redesign goals might read something like this: The logo should: Show a clear connection to the Rust programming language Emphasize rust-analyzer’s nature as a productivity-enhancing tool Be easily recognizable at a glance, even at small …

NOTE: I would go further and say it would be better to rename Rust Analyzer and only use this name as an internal component name to not confuse people. The logo of it and naming should be consistent with Rust itself, as in "Rust for VSCode", "Rust Language", "rust-lang", etc.

On second thought it might be better to have the name above and the turbofish below. 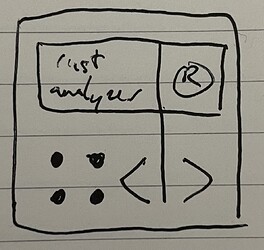