Opinion: Changing Rust's logo would have a big benefit

I think the language has a huge future, and having new developers to accelerate the growth of its community would benefit Rust a lot. Believe it or not, the logo of a language is an important impact on a new learner's (or even an experienced newcomer's) decision. And I think Rust can have a simpler, better-looking logo. This topic has been mentioned before and some logos were proposed, but no action was taken; so I'm just trying once more.

Logo changes of a programming language is not unusual, and I really believe that a logo change for Rust would be really beneficial now.

What do you guys think?

I could not describe at gunpoint the official logo of most programming languages I've worked with in the last 10 years. That detail has definitely never influenced me for whether I believe a language to be worth pursuing. I doubt I'm especially unusual in this regard.

As long as a logo doesn't depict anything obscene/hateful or violate any applicable laws I can't recommend expending more energy on changing one for an established project.

I can see your point. But I honestly believe that's not the case for all, especially in the younger people. When I hear a new programming language, the first thing I do is Googling it, which I think is what we all do now. And yeah, no one on earth would decide their new programming language by its logo, but I think it does have an unconscious impact on everyone at every age. The style of Rust's logo has some properties that gives it the impression of an old outdated software. Again, I think it has an impact on most people to some extent, especially unconsciously.

The style of Rust's logo has some properties that gives it the impression of an old outdated software.

This is an entirely subjective and personal reaction that you're presenting as universal/factual. You'll need to accept that reactions will vary widely and not everyone will share this critique/interpretation.

I think @dev-mirzabicer has a point here. Much of Java's success is usually attributed to marketing. The influence this decision can have should not be underestimated. I can picture younger generations of programmers getting interested in Golang over Rust because of its juvenile and modern logo.

I would also agree here with @dev-mirzabicer in that the current logo isn't very appealing. I don't think Rust needs a complete rebranding here. Maybe focusing more on Ferris than the gear could do the job.

Ferris is public domain (see rustacean.net), so while the project could use it, there would be no copyright/trademark protection.

that you're presenting as universal/factual.

never intended to do that

You'll need to accept that reactions will vary widely and not everyone will share this critique/interpretation.

quite aware of that

I was hesitant to share this post at first thinking that I'm the only one with this opinion, but there are similar posts to mine. I don't think it's only my opinion, but I never claimed that it's "universal" or even that it's the opinion of the majority. I'm just sharing my opinion. My statement, "Rust's current logo is ...", is not different than saying "Apples are delicious". I don't think such a statement is "presenting my reaction as universal/factual".

But I'm kinda sure that there are lots of people, especially in the marketing industry that I'm a part of, who would think that the style of this logo is pretty outdated.

I've always felt like the "bold R in a gear" is a great representation of Rust, which is a solid-yet-sophisticated component for building complex machinery. It's one of only ~3 programming language logos that I instantly recognize (alongside Python and Java).

But public domain just means the author waives his or her rights to control a work. So anyone can draw a Ferris, or indeed make a derivative work of the PD Ferris, and copyright applies to the new work perfectly normally. Only a copyleft type "viral" license could be used to ensure that any derivative works also stay free (for some sense of "free").

My main problem with the "gear" logo is that it's too detailed to look good at small sizes and non-print DPIs. It should have a simplified version for use in the web (eg. the [iu]rlo banners)

Then maybe that's more of a trademark issue for Ferris, but IANAL.

This post was flagged by the community and is temporarily hidden.

I don't mind the logo looking "outdated". Rust is targeting the systems programming niche, which is itself full of old crufty APIs and legacy compatibility constraints. Rust's main competitor is a 50-years-old language. In this area, Rust bringing features that are merely 30 years old already makes it look daring and modern in comparison.

Perhaps a better way to improve Rust's image and attract interested users would be to refresh the website design. That's less disruptive than a logo change, and may be more effective.

Coincidentally, I came across a post the other day where it was mentioned that C has no official logo at all. I didn't really believe it at first but it seems to be the case. The one you'll come across when trying to look for one is just the C++ logo without the ++, which makes me wonder if they're all in violation of the original's licensing, where it's mentioned that they "do not normally approve modified versions of the logo"... 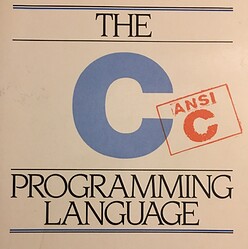 Coincidentally, I came across a post the other day where it was mentioned that C has no official logo at all.

Honestly, I was more surprised that C++ does have a (WG21-endorsed) logo these days.

Generally users don't care how the logo looks, unless it's really terrible. There are way more important considerations:

On these points, I'd say the Rust logo is quite good. By the way, here is the official Rust gear for reference:

I couldn't find any official list of current logos, other than this post from 2014. There is also the coloured version in that list. The colouring is somewhat cool, but it's also a huge pain to reproduce and read. For example, here is that logo at small size. I think it doesn't look good.

On that point, here is the official logo at the smallest size. That's the way it will look embedded in text:

It's quite recognizable, but all the details are gone. It can cause confusion in the future if some other project goes with an "R in a circle" logo.

My personal opinion is that the Rust logo should be simplified. The gear must be made simple and scalable, like this

black-gear-on-white-background-vector5000×5001 298 KB
. That way the gear teeth will be visible at all sizes, and the logo will be easier to reproduce, or adapt to a different context. The letter R should also be simplified, at least at small sizes, because the serifs on the tiny logo are, frankly, illegible.
6 Likes
kornel October 31, 2022, 2:06pm #17

It's possible to make a small/low-detail version of the Rust logo without changing it at large sizes. Small version can have fewer teeth, replace screw holes to notches, and make the R thinner with larger counter space.

For what it's worth I really like the current logo.

It might be because I have a fondness for old mining equipment.

Couldn't agree more. When I was talking about the "logo change" I didn't actually mean a brand new logo, but rather a style change. And I think yeah, a less-detailed gear with maybe a less sharp R would be barely noticeable yet beneficial, also would give a bit "modern" look to it. While I totally agree with the opinion of "rust is supposed to look old and low-level", a little bit of modern-ness wouldn't be too bad imo.

FWIW, it's not a gear (teeth mesh between two gears), it's a sprocket (teeth mesh with a drive chain).

For most people that difference is moot.