It would be nice to have something like a #[derive()] option that makes a struct's field inherit the documentation from the type it refers to.

This would be #[doc(inherit)], which functions for top-level items but probably not fields.

For fields, you probably only want to inherit the short doc (first paragraph), not the full documentation, though.

Do you also want this in the generated documentation? It seems like for an IDE usecase at least it could likely implicitly do this without any source changes. 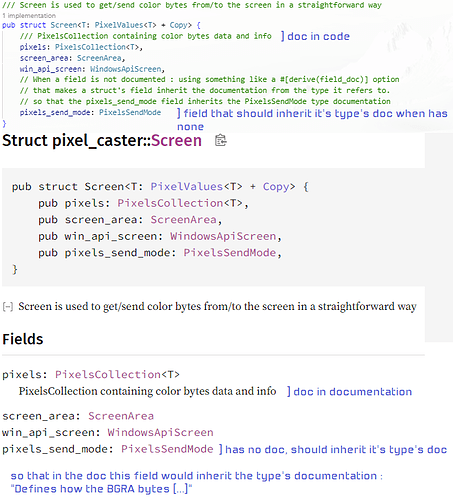