code can assume that the underlying memory is handled by allocator.

No, that is not correct. For example, this is a fully safe function:

The matching thing for Vec is also legal. See http://www.frankmcsherry.org/serialization/2015/05/04/unsafe-at-any-speed.html for more on this

I’ve removed the point about generated documentation and added

const fn definitions are compile time definitions that can compute statics. If these functions could perform heap allocations lazily, there would be no need for lazy_static! in std.

Well, not really no need, as @anp mentioned above. static initialized via FFI calls would still need lazy_static.

However, using a CTFE-initialized static is certainly preferable where possible (no run-time initialization checks needed).

The need to move lazy_static to std is based on wide adoption and doing something important to many developers. I’m presuming lazy_static crate would be the best place for FFI statics if the wide use case went away. I do not mean to say that lazy_static itself would go away.

This RFC even quotes http://rust-lang.github.io/rfcs/1242-rust-lang-crates.html, which makes it very clear that std is an optional, hard-to-reach goal for a crate.

You’re skipping a stepshere – I’d petition for it to be moved into rust-lang first.

There’s very little motivation given here as to why lazy_static should be uplifted. The motivation given is very generic, stemming from What should go into the standard library? – it applies to many crates, not just lazy_static. Furthermore, that’s a discussion from 2015, and http://rust-lang.github.io/rfcs/1242-rust-lang-crates.html is the result of that, it’s been superseded by the RFC which basically explicitly considers std inclusion to be not a major goal.

These days the things that go in std are usually things that have to, like futures (for async support) and simd (since they need intrinsics)

I actually feel that petitioning for a lang-level addition will work better, here. Crates are assumed to be something you can easily import (not always true, but usually true), so uplifting them isn’t considered necessary or even a good thing (because now you’ve frozen the API). However, language additions can’t be done in external crates – only sometimes simulated as macros, so this may be work.

These days the things that go in std are usually things that have to, like futures (for async support) and simd (since they need intrinsics)

@Manishearth That’s a fair starting point. In my opinion:

However, I do think we could explore the rust-lang alternative more too.

Pardon the dumb question, but if lazy_static! goes into std, how do I use it in #![no_std] contexts? Because embedded code certainly uses a lot of lazy_static!

I suppose you really mean into core, but please say so.

It’s also a question of whether it needs to allocate memory. If it doesn’t, then it probably should go in libcore. If it does, then it won’t work in all [no_std] environments, so probably does need to be only in std.

Yeah, hence "Box shenanigans" (though we can split hairs and talk about Unique instead… =P)

Please refer to some conditions especially when developing operating systems. The macro lazy_static is somehow widely used even without the std crate, in another word with #![no_std] tagged. Moving it into std crate will make it impossible to use in such conditions. (We can still use extern crate lazy_static anyway.)

We are talking about libstd here specifically, because the #[no_std] support for lazy_static depends on the spin library. We don’t have the sync primitives in libcore to support lazy_static.

This RFC suggests we keep lazy_static in the ecosystem for no_std environments that could just shim the std one when available. I guess another alternative is to see whether we could interalize spin's simple Once implementation into lazy_static and make it available in libcore.

Thinking about it a bit more, I want to argue that:

The TL;DR conclusion is that we should stabilize lazy_cell and not lazy_static!

Both of these use-case are pervasive and not domain specific (some language has build-in support for denoting laziness). Moreover, while they are easy to implement in other languages, in Rust they require unsafe code.

Note that const fn helps with the second use-case significantly, but still there are cases where you need runtime initialization (something like a global logger config, for example).

I feel pretty strongly that such generally useful unsafe code which expands the language vocabulary (as opposed to just making things faster) belongs to std.

Now, lazy_static! is not a really nice solution; suffices to point out that it is a macro. What if we could just have some sort of lazy value container, which could also be used as a static? I think we can have just that now (and such API was impossible before, due to &'static on Once and inability to call const fn).

Here’s my rough proposal, std::cell::OnceCell, a non-thread safe lazy value, and a std::sync::OnceCell thread-safe counterpart, both of which have const fn constructors. I don’t think that the following snippet is using unsafe correctly. I don’t even think it works, I’ve never tested it

However, I am 90% sure that we have all the necessary language machinery to fix the bugs. And these all are basically copy-paste from lazy_static and lazy_cell.

Using this API, the example from lazy_static readme could look like this:

Note that the primary difference with lazy_static API is that the init function is supplied at the access time, and not at the construction time. This is a feature, which makes API more flexible: you can now close over stack data to initialize a static lazy value. It should be possible to provide a more traditional API on top:

However, I specifically propose not to add such Lazy API to the std just yet: it won’t work out quite well because you’ll need to spell out that F type for global values, which is awkward.

So, how do folks feel about RFCing the addition of cell::OnceCell and sync::OnceCell to std? Or am I missing some gnarling safety/usability hole?

WAIT WAT? We actually can provide a nice API with stable Rust! We have associated constants & conversion from lambdas to function pointers!

Guess I am publishing a crate…

Guess I am publishing a crate…

Contributing to the bikeshed: 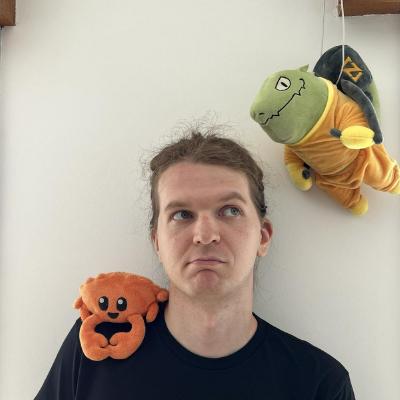 Contribute to once_cell development by creating an account on GitHub.

I would really appreciate a code review

EDIT: keep in mind that the crate requires beta rust, for a non-static Once. EDITEDIT: nope, it doesn’t require the beta anymore, although on stable you need to deref explicitly and can’t use non-static sync::OnceCell value.

EDIT: I probably should mention one improvement over the playground version. Lazy types are now parametrized by F: FnOnce() -> T = fn() -> T, which gives both sweat syntax for static situation, as well as direct call and ability to work with closures if you can avoid spelling out a type.

Nice! Looks like you’re already avoiding the soundness issue in lazy_static due to its public fields because the fields of once_cell::Lazy don’t leak their invariants.

Turns out libstd already has something like lazy_static internally: io::lazy::Lazy. It is not safe to use though because it does not handle reentrancy.

EDIT: Actually all that really needs is a reentrant mutex with a const fn initialization function. That’s not easy to do on POSIX though…