walkdir can report files in a sorted order.

This is convenient when you want to compare directories. A nice cookbook entry could be to print a diff between two directories.

came here via reddit call for examples - I've got a simple one: 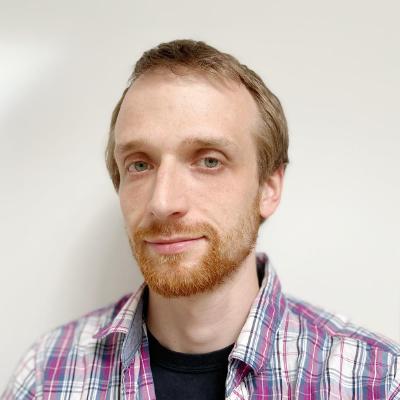 A very simple Rust project for moving files around based on their modification time. - imbaczek/organize-by-mtime

I tried to synthesize some of the cookbook recipe ideas here, adding one new one to the OP, but mostly asking questions about how to show off specific features of walkdir.

@burntsushi Does walkdir solve any tricky cross-platform problems that would make a good example, maybe with symlinks or something?

The one I can think of is that if you enable walkdir to follow symlinks, then it will detect loops and return an error if it finds one. (This is a cross platform thing because of symlinks (which is handled by std), but also for determining whether two file paths refer to the same file.)

@brson It looks like there are a few differences with filter_entry vs Iterator.filter_map/Iterator.filter in behaviour and input. I think the discussion point is still valid to investigate if we can make the iterator implementations behave the same way and if that’s worthwhile.

x-posted from https://github.com/brson/rust-cookbook/issues/112 Please note that filter_entry changes the semantics over filter which might be surprising and unwanted by the user (we might want to filter over files but descend to all dirs or filter dirs with separate predicate). These two would coexist. But I kinda find the filter_entry name braking the rule of least surprise but I’m unable to suggest a better name.

Please note that filter_entry changes the semantics over filter which might be surprising and unwanted by the user (we might want to filter over files but descend to all dirs or filter dirs with separate predicate). These two would coexist. But I kinda find the filter_entry name braking the rule of least surprise but I’m unable to suggest a better name.

@budziq That’s a valid point. I think we should reach for filter_entry over filter / filter_map unless we don’t want to skip directories, but the case of .filter_map(Result::ok) seems common.

One of the quirks of filter_entry is that it has to be the first adapter. I think this is a good thing, and I think the docs could try tease apart filter / filter_map vs filter_entry a bit more. I’ll make a note of this in the cookbook thread too.

@budziq I’ve added a discussion point about filter_entry behaving in a way that isn’t obvious from its name.

The point about filter being better for matching files and still traversing directories is a good one, but I’m still inclined to prefer filter_entry and exclude directories from the predicate. That’s clearer to anyone reading the code that it’s only acting over files. This case could be made more ergonomic.

Yeh I think usize is fine too. Using them for the traversal depth here just seems like an extra mental hurdle for someone to jump.

Also it is worth pointing out that https://docs.rs/walkdir/1.0.7/walkdir/struct.DirEntry.html has slightly different api than

Especially the file_type for std::fs returns Result while Walkdir’s does not. That particular difference is also not mentioned in the docs.

Should there be an API guideline for types mimicking symbols from std?

Especially the file_type for std::fs returns Result while Walkdir’s does not. That particular difference is also not mentioned in the docs.

It is, but it could be clearer, as it’s not particularly direct about it:

All recursive directory iterators must inspect the entry’s type. Therefore, the value is stored and its access is guaranteed to be cheap and successful.

When you walk a directory recursively, you have to inspect the entry’s type to determine whether it’s a directory or not. Therefore, since that information is already available, walkdir can provide it to the caller as is without another stat call.

Right, thanks! It’s not obvious on first glance.

We’re going to kick off the review of the walkdir evaluation soon. I’m copying the the discussion points into the etherpad as the agenda

This was a really productive review. Excited to see the deluge of issues it creates. Thanks @KodrAus.

Thanks @brson for your assistance! I’ll start logging issues for walkdir and is_same_file later on today.

Alrighty the tracking issue for walkdir is up

It’s been a super long day so hopefully I haven’t been too brisk in the descriptions. I’ll run back through them tomorrow but please push back on anything you think needs more clarification or aren’t happy with @burntsushi