What is the problem?

Crates.io, as many other package repositories have the challenge to keep all the available packages in a reliable and secure way. Developers and users of these repositories put a lot of confidence in repository maintainers.

To keep a healthy repository of packages in crates.io we need to enforce as many as possible approaches to detect any kind of vulnerability.

With the increased use of dependencies between packages, the risk of vulnerability propagation increases. A small security problem in a famous crate can lead to a huge problem in many projects. We have seen many security problems like this one in other platforms like NPM.

Rust developers need a tool to answer those questions about their dependencies:

You can find a POC for cargo permissions here:

Contribute to fcsonline/cargo-permissions development by creating an account on GitHub.

This seems to be based on the idea that malicious code can be detected by looking for specific paths in the code. There are other ways, though:

I’m afraid that a solution not designed with this aspect in mind would promote a false sense of security.

I agree with the implication that these are serious enough gaps in the POC that the full proposal would have to close them to be worth adopting.

IIUC, in order to close these gaps, the analysis would have to occur after all these build steps are done by the real toolchain, rather than directly parsing the raw source. So a full proposal would have to pick a strategy for integrating this with the build (clippy lint? operate on crate metadata instead? bake into the compiler? cargo subcommands?). I suspect we want tool attributes to be involved somehow.

I do think the summary post ought to include the proposed list of permissions, rather than just in the github readme, since it’s so critical to judging the overall value of the proposal.

Some previous discussion of ideas along these lines:

Over time I’ve seen a bunch of problems brought up about trusting dependencies. While they’re different concerns with different threat models, I like to think of them as being different flavors of an overarching problem I call “crate trust”. I’d like to start a discussion about this, and propose one solution. This is a pre-pre-rfc with more of a sketch of a solution instead of specifics, and if folks like this I can move on to a more fleshed out pre-rfc. Problems Here are some of the problems i…

(apologies if this has been discussed before, I couldn’t find anything) I touched on this problem in [pre-pre-rfc?] Solving Crate Trust, but it’s something worth splitting out. Currently, build scripts and compiler plugins (to a lesser degree) have unfettered power. They may end up doing whatever they want, and it’s hard to reason about them in the context of other build systems. There are a couple of things this impacts: Caching/artifact sharing: It’s hard to cache the results of crates com…

In recent years it became popular in programming language communities to share large amount of code using various package managers. Rust is no exception, it is very easy to share your own code and use code written by others by using Cargo. At first sight, this seems to be a good thing. As time passes, more and more package will be available, eventually providing everything that someone may need in an every day software project. However, as shown by the community of Node.js, this solution is hard…

An idea to mitigate attacks through malicious crates tools and infrastructure

The problem I assume that most readers here are aware of the recent flatmap-stream attack on Node. If you’re not, here’s the short version: the developer who managed a much-used library turned out to be malicious, and injected malicious code, which flew under the radar and was installed as dependency in gazillions of applications. The Rust ecosystem is vulnerable to the exact same kind of attack: one could imagine a malicious developer taking over, say, Itertools or some other popular crate th…

I want to be able to import libraries and know that they cannot access files or the network or use unsafe code. In particular, I want this for codecs, so that I can use them without having to audit the code. If I import a png library, I want to know it can only access the data I give it, do some computation and give data back to me. I can take care of network and file access for it. It could be a new keyword or keyword-alike: safe mod rustpng Ideally, there’d be a known-safe subset of the sta…

I’m definitely a fan of this sort of idea. You can find my take on it here:

I’ve been thinking along similar lines, but specifically around the problem of restricting usage of unsafe. I posted some initial thoughts here: https://groups.google.com/d/msg/cap-talk/t9al5hjN19U/XzHfR1peBAAJ I’ve thought about posting a “Pre-Pre-RFC” about this, but I guess I can start by spitballing here. Unsafe Features Synopsis: Extend the existing idea of cargo features with a special notion of “unsafe features” which can be used to whitelist usage of unsafe in dependencies (and their…

Also if you’re interested in this sort of stuff, please check out the Rust Secure Code WG: 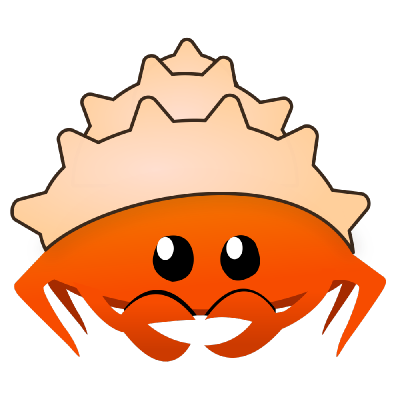 This approach is inspired by permission systems in different platforms like:

Note that all of these are whole-application limits, and in systems where communication between applications with different privileges is limited.

They are also runtime limits, not static analysis.

Adding limits on component level, especially via static analysis only, is a much harder problem, because components can tightly integrate with each other, and you get puzzling situations like what if a component that has “net” permission passes a callback to component that doesn’t? Or untrusted component uses a trusted component as a dependency. It’s suddenly a new security model, because components have to also think about preventing privilege escalation (e.g. if they load a file, could that be abused by non-fs component to bypass it’s fs restriction?)

Permissions are also much harder to define than it seems. For example, random numbers may require filesystem access (/dev/urandom). So does time (/etc/tz), and network (TLS root certs). And on Linux filesystem access gives access to almost everything else through /dev, /proc, etc.

Overall, I think approaches that let you install and run malware, but hope to catch it or contain it after the fact, won’t work. That is very hard to do (entire toolchain and language has to be watertight), easy to get wrong (one permission too much and you have sandbox escape), and it’s a burden for everyone involved.

I think effort will be better spent on code reviews (via cargo-crev) and locking down publishing in Cargo (2FA, confirmation emails).

IIUC, in order to close these gaps, the analysis would have to occur after all these build steps are done by the real toolchain , rather than directly parsing the raw source.

This is a recurring question I read, induced by the vague static analysis of POC (Sorry!), is what about macros and customized build scripts. As @Ixrec answered, is a step that can be performed later steps in the toolchain and match the used permissions properly.

Permissions are also much harder to define than it seems. For example, random numbers may require filesystem access (/dev/urandom). So does time (/etc/tz), and network (TLS root certs). And on Linux filesystem access gives access to almost everything else through /dev, /proc, etc.

The cargo permissions propossal is not a silver bullet solution, but an extra security layer for a well-known catalog of possible scenarios with package repositories like crates.io. If a crate uses the fs access, as you say, it gives you the power to read files all over the filesystem, but this is out of the scope of this permission. We have other mechanisms to protect those resources. We should not raise a flag if the a crate for random number uses the file systems, but we should if a regexp crate uses the network one.

I think effort will be better spent on code reviews (via cargo-crev) and locking down publishing in Cargo (2FA, confirmation emails).

Although the idea behind cargo-crev is not incompatible with the permissions idea, we need more automated tools to find those tampered crates and decrease responsibilities to maintainers and reviewers.

My proposal leveraged unsafe (in conjunction with Cargo features) not as a “permission”, but the fundamental modeling dimension around which all other permissions are based.